The Netherlands in a nutshell

Study in The Netherlands in 2 minutes

This is the Netherlands

Where are the Netherlands? 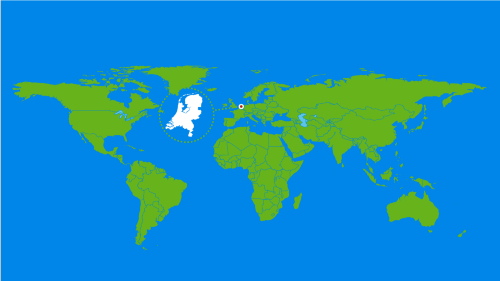 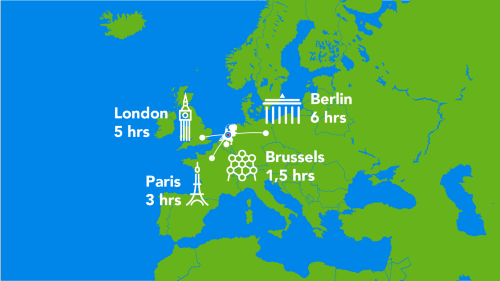 Holland vs. The Netherlands

The country’s formal name is the Netherlands, meaning 'low countries', because much of the land is at or below sea level. The Netherlands is also often called 'Holland', a name that refers to the area that is nowadays taken up by the two western coastal provinces, North and South Holland. In the 17th century this was the most powerful area of the Dutch Republic and many people still use the name Holland to refer to the country as a whole.

Dutch people are the best non-native speakers in the World. Most Dutch people speak more than one foreign language. In addition to English, many people are able to speak German, French or Spanish. The Dutch are pretty direct, social and are not afraid to give their opinion. They tend to be down to earth and to project this view to the rest of the world.

The Dutch are open-minded and free spirited. This is also reflected in the paintings of masters, such as Rembrandt and Van Gogh. Even Erasmus, founder of humanism whose name is used for the famous international Erasmus scholarships, was a Dutchman. The Dutch are friendly, tolerant and open-minded to people from other cultures. Approximately 190 different nationalities live together in the Netherlands. Because of their sense of freedom and the flat countryside, the Dutch love to ride their bicycles, which explains why there are more bicycles than inhabitants.

Studying at Tio means studying in a modern learning environment, equipped with the latest facilities. Besides that Dutch education is known for the informal communication between lecturers and students and lectures at Tio are very interactive. Students are expected to present their views and opinions.

Originally the Dutch are known for their cheese and tulips. Every year, the Netherlands exports approximately 600 million kilos of cheese and more than 5 billion Euros worth of flowers and plants. However, in the past decade the Netherlands has also become known for other export products like its famous DJ’s, big television concepts and solid investment companies.

The Netherlands has a typically moderate climate, with mild winters and reasonable summers. Days with temperatures below –5º Celsius or above 30°Celsius are unusual. Wind and frequent rain dominate the weather, and because the Atlantic Ocean makes the weather so difficult to predict, it is a constant topic of conversation. A comment on the weather is always a good way to make contact with a stranger.

Co-operation is the key

Dutch society is pluriform, which means that there has always been a variety of religions and points of view. In politics, not one group ever has an absolute majority. There is, however, unanimous commitment to tolerance, human rights and respect for the freedom of others. Political life is characterised by co-operation and compromise while partners maintain their own values. The main religious groups are Roman Catholics and Protestants, although Dutch Protestants come in many denominations.

The Netherlands still is a monarchy, with currently King Willem Alexander on the throne. Though he has little official governing powers, he is as part of the Dutch government and politics.

Dutch society is also colourful. Since the 1960s various circumstances have brought groups of immigrants to the Netherlands. Most have come from the former Dutch colonies of Indonesia and Surinam, and from Morocco and Turkey. We therefore often speak of the Netherlands as a multicultural society.

The Netherlands has always been an innovative country. During the Golden Age the Netherlands was a safe haven for immigrants and travellers from different cultures all over the world. The Dutch entrepreneurial spirit emerged during the trading of the VOC (Dutch East India Trading Company) in Asia. Today, the Netherlands still is the world’s largest investor, with about 3700 billion dollars in foreign investments.

Did you know that…