Study in Holland ► 7 things you should know

Would you like to study abroad for a period? The Netherlands is an excellent choice. In the 2018-2019 academic year alone, 85,955 students from 170 different countries preceded you. But before you pack your bags, there are a few things you should know about the Dutch – and some of them might sound a bit weird to you!

Higher education in the Netherlands is known worldwide for its high quality. Dutch educational institutes score well internationally. Tio University of Applied Sciences, for instance, is highly regarded for the quality of its education and its bachelor programmes have been earning the highest scores in the independent Higher Education Guide, which is partially based on the National Student Survey, for years.

Dutch people cycle. A lot. In fact, the Dutch cycle on average 880 km per person per year. The Netherlands has even more bikes than inhabitants, can you imagine?! Approximately a quarter of all movements takes place by bike. No surprise that the cycling conditions in the Netherlands are great; the country has more than 37,000 km of excellent cycle lanes and road users are used to cyclists. 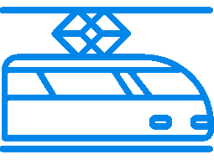 As an international student in the Netherlands you don’t have to learn Dutch in order to communicate with locals since they speak English well. In fact, the Dutch have the world’s best non-native English skills according to this study. Also, many study programmes in the Netherlands are in English. Tio also offers English bachelor programmes. So don’t worry about language barriers! 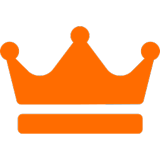 Every once in a while the entire country turns orange. This might sound strange, because the colours of the national flag are red, white and blue – so no orange at all. But the love for orange can easily be explained by the fact that it’s the colour of the Dutch royal family. The biggest display of orange national pride occurs probably on the King’s birthday, but also during major Dutch sports events. Literally everything turns orange: people, houses, shops, cars and even whole streets! 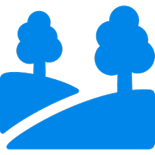 The Netherlands is a patchwork of all kinds of landscapes, with different animal and plant species. Despite being a small country, it has no less than six distinguishable types of landscapes. In the country you can find river areas, dunes and landscapes of peat, sand and sea clay. It even has a few hills (proudly called ‘mountains’ by the Dutch), but apart from those the country is as flat as a pancake. 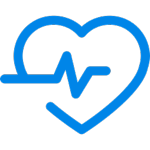 Decided you’d like to study in the Netherlands for a while? Luckily the country has lots of student cities with very different characteristics but all with a great student life.