Eindhoven leads the way in the fields of technology and design, which is why it is also called the knowledge city of the Netherlands. The Tio campus in the centre of city is just eight minutes on foot away from the Central Station.
In Eindhoven, you can attend a bachelor’s and/or master's degree in the fields of business, hotel management, event management, tourism and marketing.

This second-smallest Tio campus is found on the Begijnenhof, right next to Stratumseind, a famous street filled with great places to go out. Tio Eindhoven is particularly popular among students from Brabant, Limburg and Belgium. This melting pot creates an excellent atmosphere at this campus. 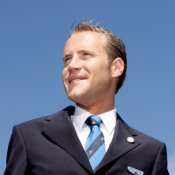 "I founded Cognatio to unite students from the different courses and to help them to establish a network."
Christiaan Thomassen | Founder Cognatio
Visit an open day

Most innovative city in the world

A study conducted by OESO reveals that Eindhoven is by far the most innovative city in the world. No other city boasts a higher average number of patent applications per capita than Eindhoven. Every year, 22.6 patents applications are submitted for every 10,000 inhabitants. To compare: San Diego in the USA is in second place with 9.0 patents.

Eindhoven is a leading knowledge city. Multinationals such as ASML, Philips and VDL play an important role in this. This is a fantastic environment from which to launch your professional career.

Meet the team of Tio Eindhoven 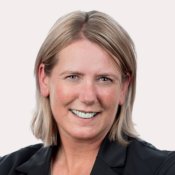 “Tio Eindhoven is a small-scale campus. We know everyone by name. That makes studying here fun, cosy and personal.”
Nicole Faasse | Campus Manager 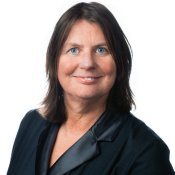 "Would you like to join one of our students for a day? I would be happy to set that up for you!"
Elke Goosen | Assistant Campus Manager 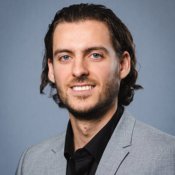 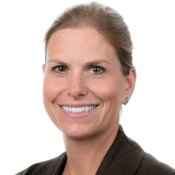 "Questions about study progress or internship, my door is always open. Feel free to come in!"
Debbie Wolfs | Study coach

Discover the student city of Eindhoven

Eindhoven is a real student city and home to all the finer pleasures in life. Eindhoven is the place to be if you want to enjoy life and Burgundian hospitality. If you are a lover of culture, Eindhoven also has plenty to offer. Take, for example, the Van Abbemuseum, a leading museum of modern art.

Finding a room in Eindhoven

If you want to find a room in Eindhoven, take a look at the following tips.

Make use of your networks on social media, such as Facebook, Twitter and LinkedIn, to announce your search for a room. Talk to family, friends and acquaintances. Send all your WhatsApp and Snapchat contacts a message. You can also go the traditional route and place an ad in door-to-door publications or regional newspapers (although these options are not free). Lastly, you can visit your Tio campus, where you will find information about finding a room posted on the magnetic boards.

Checklist for students living on their own

Besides finding a room, there are some other important things to take care of when you want to live on your own. Think of, for example, taking out household insurance and arranging an internet connection. Prizewize has drawn up a checklist for students living on their own (Dutch students only). This can act as a guideline, so you do not overlook anything important.

Here is an overview of some useful websites that can help you in your search for a room.

Tio Eindhoven is easily accessible by car and by train. You can find directions below.

To Tio Eindhoven by car

From the South (Maastricht or Venlo), via the traffic junction Leenderheide
At traffic junction 'Leenderheide' follow the signs 'Centrum'. At the 'Floraplein' roundabout go straight ahead onto the 'Leenderweg'. Then turn right onto the 'Stratumsedijk'. Continue on the 'Vestdijk' and turn left into the 'Ten Hagestraat'. You can park in the parking garage Heuvelgalerie. If you leave the parking garage, walk in the direction of the Catharina church. You will find Tio Eindhoven next to the Catherina church on the left hand side.

From the direction of Helmond
You arrive from the direction of Helmond on the A 270. Drive further onto the 'Eisenhowerlaan' (the N 270). On the roundabout at the 'Insulindeplein' continue ahead into the 'Prof. Dr. Dorgelolaan'. This street changes into 'Fellenoord'. At Fellenoord you turn left after the conferece centre into the 'Boschdijktunnel'. Follow this road, as it changes into 'Emmasingel', 'Keizersgracht' and 'Wal'. At the city hall turn left onto the 'Stadhuisplein'. You can park in the parking garage Stadhuisplein. When leaving the garage, walk into the direction of the Catharina church. You will find Tio Eindhoven next to the Catherina church on the left hand side.

From the North (Utrecht, 's-Hertogenbosch or Eindhoven-North)
From the 'Montgomerylaan' or the 'Kennedylaan' turn right onto 'Fellenoord'. At Fellenoord you turn left after the conferece centre into the 'Boschdijktunnel'. From here follow directions as stated above.

To Tio Eindhoven by public transport

Take the train to Eindhoven Central station. At Eindhoven Central station take the exit in the direction of the city centre. After leaving the station turn right towards the department store 'de Bijenkorf' (green building), cross the street at the traffic lights. Walk on the left hand side of the shopping street for about 50 metres and then turn left into the shopping street 'Demer'. Continue straight ahead through the 'Rechtestraat'. The 'Begijnenhof' is the first street on the right after the Catharina church. You can find Tio Eindhoven at number 8-12, on the left side next to the church. Public transport information 0900-9292 and http://9292.nl/en.