Who would not want to study in the vibrant and innovative capital Amsterdam? Tio Amsterdam is located just a three-minute walk from Amsterdam Sloterdijk station.
In Amsterdam, you can attend a bachelor’s and/or master's degree in the fields of business, hotel management, event management, tourism and marketing.

Tio Amsterdam is the largest of all of Tio’s campuses, but still smallscaled and very personal. It is a modern campus with a hint of that typical Amsterdam bravura and an international character. At Tio Amsterdam, you can choose both Dutch and English taught bachelor programmes.

The programmes mentioned below are offered at Tio Amsterdam 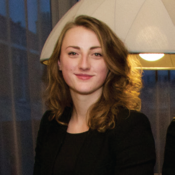 "Together with L.S.V. Cognatio you get even more out your study. This makes your time at Tio unforgettable."
Jessica Malinowski | Former Chairman Cognatio
Visit an open day

Amsterdam represents the perfect union of hotel management, event management, tourism and business. It is a metropolis with an abundance of lively streets and places to go out. The city is home to the highest number of five-star hotels in the Netherlands and it plays host to many major events and festivals, such as the Amsterdam Dance Event. Furthermore, Amsterdam attracts more than one million international business travellers every year (source: NBTC).
Amsterdam is a great place to live: it was awarded the title of most appealing residential city several times in recent years.

In Amsterdam, practical experience is there for the taking. Hundreds of thousands of visitors come to our country’s number one touristic city every year. Our national airport Schiphol is located close by. The city is home to all kinds of hotels, from simple places to spend a night to establishments that offer five-star luxury. These hotels attract both tourists and travellers on business, who come here for meetings, conventions and trade shows. There is no better place to experience the world of hospitality, business and tourism than Amsterdam.

Meet the team of Tio Amsterdam 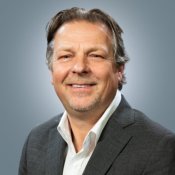 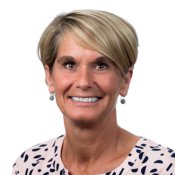 "The open day is the perfect event to find out if Tio suits you. Come and stop by!"
Charlotte Parrée | Assistant Campus Manager 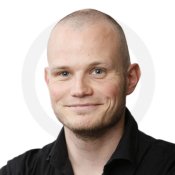 "If you want to visit us in Amsterdam for a day to see what studying here is like, I can set that up for you."
Dennis van Nieff | Administrative Staff Member

"You can come to me for exemptions and difficult questions."
Ella Smith Folkersma | Assistant Campus Manager

"Your fellow students and our lecturers from the industry make you feel right at home here.”
Miranda van den Boom | Assistant Campus Manager 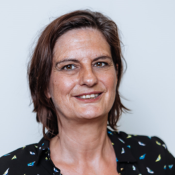 "Of course, you want as few free periods as possible. I create the schedules for all students and lecturers."
Annette Mörzer Bruijns | Assistant Campus Manager

Besides a great place to study in, Amsterdam also offers plenty of opportunities to relax and go out. The best artists perform in cultural temples such as the Ziggo Dome and AFAS live. Amsterdam is also famous for its festivals, such as King’s Day, the Amsterdam Dance Event and Sensation. The city is home to some world-famous museums, including the Rijksmuseum, the Anne Frankhuis and the Van Goghmuseum. It is also a fantastic place to shop. You can find the best places to eat and the fanciest restaurants. This vibrant city on the banks of the IJ always offers something to do. Amsterdam can compete with other major cities like London, Paris and Barcelona, while also offering that unmistakable traditional Dutch character that you cannot find anywhere else: the cosy atmosphere of canals and cafes.

Finding a room in Amsterdam

If you want to find a room in Amsterdam, take a look at the following tips.

Make use of your networks on social media, such as Facebook, Twitter and LinkedIn, to announce your search for a room. Talk to family, friends and acquaintances. Send all your WhatsApp and Snapchat contacts a message. You can also go the traditional route and place an ad in door-to-door publications or regional newspapers (although these options are not free). Lastly, you can visit your Tio campus, where you will find information about finding a room posted on the magnetic boards.

Checklist for students living on their own

Besides finding a room, there are some other important things to take care of when you want to live on your own. Think of, for example, taking out household insurance and arranging an internet connection. Prizewize has drawn up a checklist for students living on their own (Dutch students only). This can act as a guideline, so you do not overlook anything important.

Here is an overview of some useful websites that can help you in your search for a room.

Curious about the campus in Amsterdam?

Visit Tio Amsterdam while being at home! This is possible with the virtual tour. See the canteen, the boardroom, the aviation classroom, the hotel and restaurant classroom. Click on the numbers on the right and you walk into another classroom. Have fun having a look inside at Tio Amsterdam!

Tio Amsterdam is easily accessible by car and by train. You can find directions below.

To Tio Amsterdam by car

From The Hague: you take the A4/E19 in the direction of Amsterdam. You will pass the traffic junctions 'Badhoevedorp' and 'Schiphol'. At traffic junction 'De Nieuwe Meer' you follow the A10 West in the direction of Zaanstad/ Leeuwarden. After app. 5 km you take exit 103 in the direction of Haarlem. At the end of this exit you turn left. You are now on the 'Haarlemmerweg'. At the first traffic light you turn right and then again right. At the end of the road you go left (crossing the tram rails) and you take the first street on the left. You are now in the 'Tempelhofstraat'.

If you come from the direction of Zaandam/ Leeuwarden
You take the A8 in the direction of A10 West Ring Amsterdam. After you have passed the 'Coentunnel' you take exit 102 in the direction of Westerpoort/ Sloterdijk/Haarlem. At the end of the exit you turn right and at the 2nd traffic light turn left (at the building from the newspaper the "Telegraaf"). After you pass the railway station Sloterdijk you turn left at the 2nd traffic lights into the 'Arlandaweg'. At the end of the road you go left (crossing the tram rails) and you take the first street on the left. You are now in the 'Tempelhofstraat'.

There is limited parking in the Tempelhofstraat. You can check the costs for parking on working days between 9:00 am - 19:00 pm here. On Saturdays, parking in the Tempelhofstraat is for free. Parking is also possible in P+R Transferium Amsterdam Sloterdijk, behind Sloterdijk railway station, the costs are € 1.50 per hour. You can check the costs for here.
On open days and open evenings you can park for free in the Tauro parking garage.

To Tio Amsterdam by public transport

You take the train to the railway station Amsterdam Sloterdijk. If you arrive at railway station Amsterdam Sloterdijk you take the main exit. You turn left and after the Orly Plaza building on your left hand side you turn left once more. You are currently in the Teleportboulevard. After app. 200 meters (at the right hand side you will find the Aristozalen) you turn right into a small street between two buildings. Directly on the left you will see a stair leading to the entrance of Tio. The walking distance is about 2-3 minutes by foot. Public transport information 0900-9292 and http://9292.nl/en.